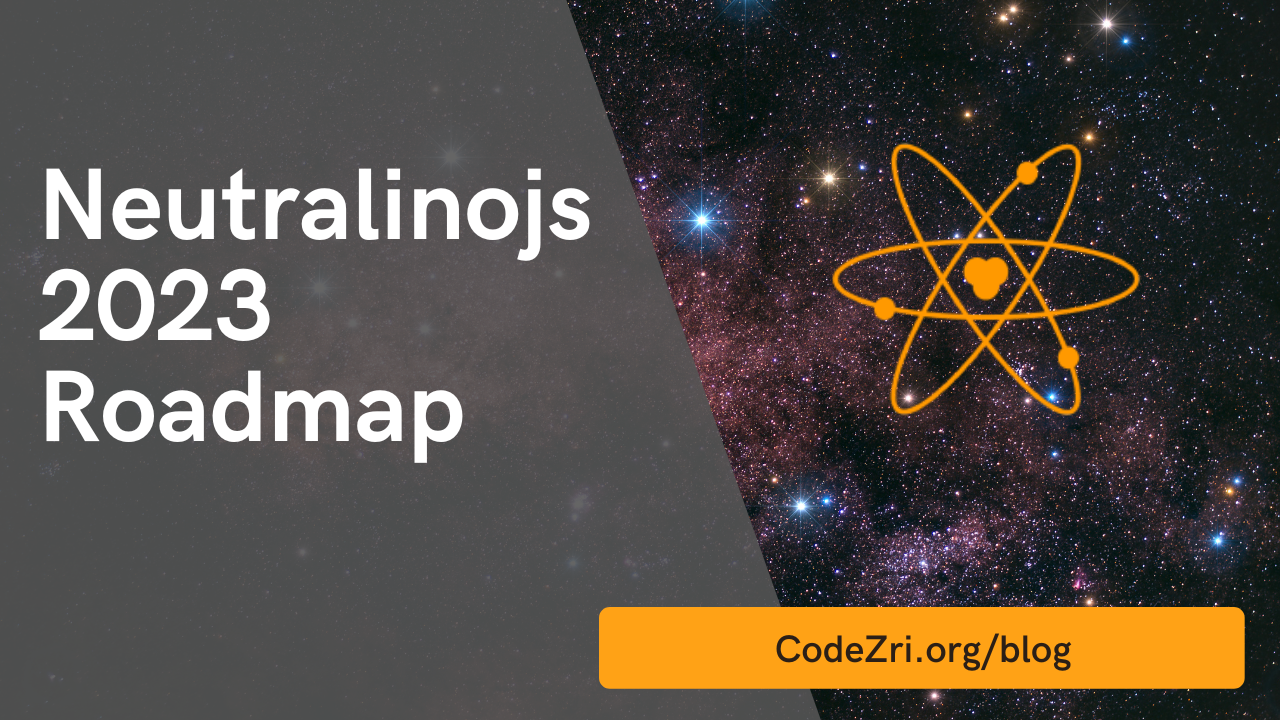 We typically publish a set of goals for the upcoming year and let you know the current year's achievements at the end of every year via a blog post. For example, we published the "Neutralinojs 2022 Roadmap" article on December 2021. Similarly, we are publishing this article for the year 2023. We are happy to announce that we completed most of the planned goals in 2022. We made Neutralinojs stable and competitive by implementing DevOps principles and doing various performance, architectural, security, and source-code-level enhancements.

Look at the following summary of things we achieved in 2022:

The well-known JavaScript Weekly newsletter supports us in reaching a wider developer audience by featuring our framework releases in their popular newsletter. Many developers build awesome lightweight apps with Neutralinojs, create content for Neutralinojs on various web platforms, and learn open-source development with Neutralinojs.

Neutralinojs is a free and pure open-source project —you can use it for free, inspect the source, and customize it if you want. It doesn't come with premium features that are unlockable via monetary payments. Every framework user gets the same set of features. Also, we don't embed telemetry services in the framework core or developer tools for generating usage statistics. Our primary goal is to offer a better lightweight, cross-platform development experience for free under the pure open-source model. We motivate every Neutralinojs developer to learn framework internals via detailed official documentation and tutorial videos.

We wrote this article and explained Neutralinojs's history, the current development, and the financial side. We explain everything (even revenue sources) about Neutralinojs to motivate you to build your own open-source projects and help developers!

Sponsors and financial donators motivate us to continue development activities productively and consistently. MacStadium and Microsoft Azure sponsor Neutralinojs by offering cloud computing infrastructure for free. Seven patrons support the author via Patreon and motivate him to allocate more time to maintain the project. In 2022, one contributor donated $29 via OpenCollective too!

We like to thank all sponsors and donators for helping us.

During the 2020–2022 period, we did many code refactorings to make the framework stable and production-ready. Now, developers use Neutralinojs to build their apps, and some developers experiment with the extension system and the inbuilt auto-updater tool. Now, the entire framework is stable—we won't change native APIs with the upcoming releases. So, you can build Neutralinojs apps without worrying about future framework upgrades and time-consuming version-to-version migrations.

In past years, we mainly focused on stabilizing the framework core via various enhancements. Our current primary goal is to make Neutralinojs fully featured by adding APIs that other cross-platform frameworks have.

Here are some crucial goals planned for 2023:

Apart from the above milestones, we'll add more APIs, features, and developer tooling to compete with other cross-platform frameworks since our framework core is now stable.

Join our Discord server and become a member of our developer community. Consider making a monetary donation if you would like to support the project financially. Consider making a code contribution and becoming a project committer if you wish to donate your time to Neutralinojs.

Send us a pull request to this GitHub repository if you like to list your app on the Neutralinojs apps page.

Build an app with Neutralinojs — feel the difference — and join with our journey.